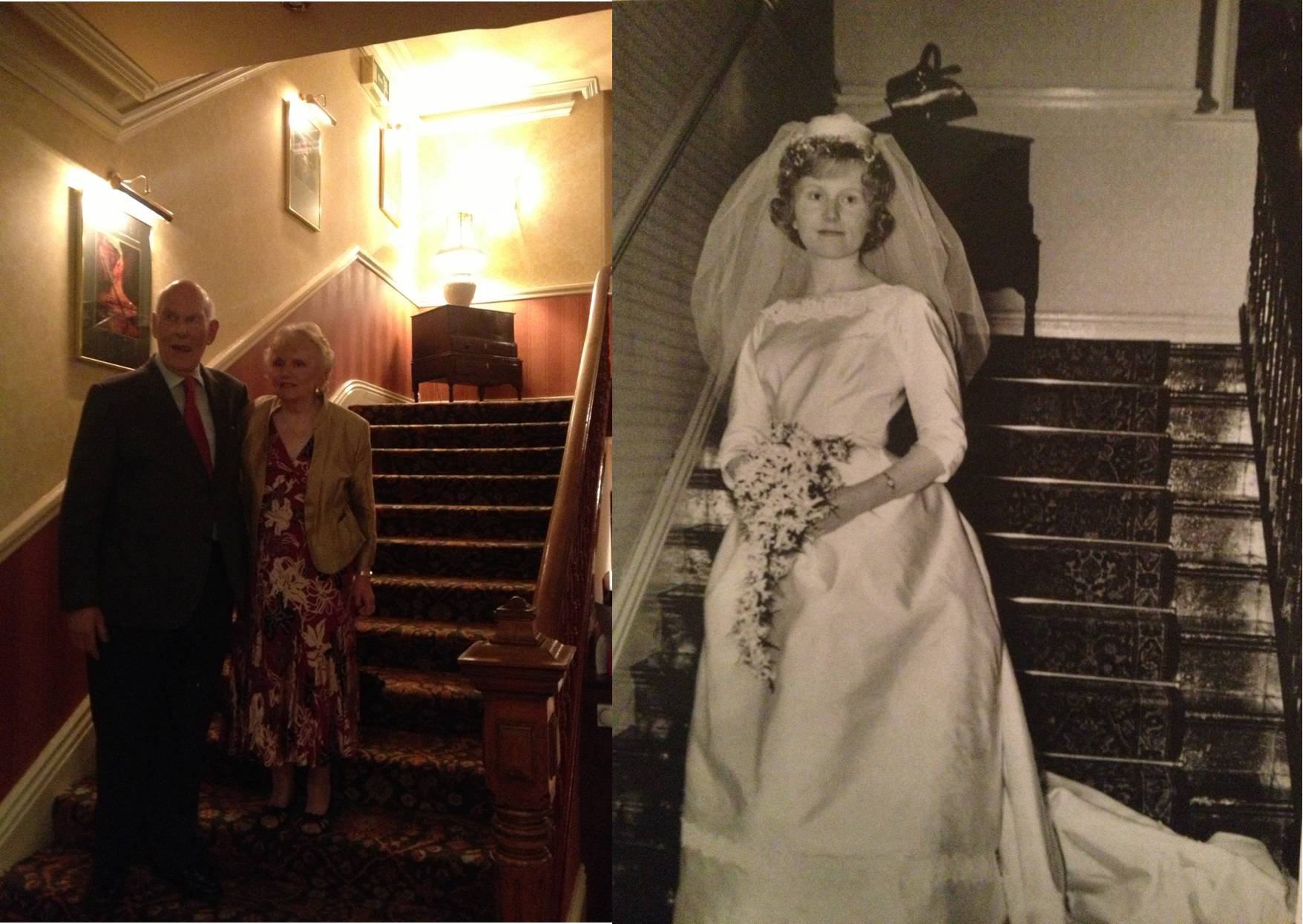 Mr and Mrs Somers tied the knot with us in January 1963, 50 years later in 2013 they returned to the Lee Wood Hotel along with all their family and friends to celebrate their wedding anniversary and 50 golden years of marriage!

Mr and Mrs Somers held their wedding reception at the Lee Wood Hotel in January 1963 with 82 of their nearest and dearest. 50 years later they returned, now with children and grandchildren, to celebrate their Golden Wedding Anniversary.

When talking about their wedding day Mrs Somers produced a photo frame in which contained the original receipt from their big day totalling a massive £151.33! She had also kept her negligee from the honeymoon which was proudly displayed with a sign stating “We didn’t think this would last the night, let alone 50 years!”.

Photos were displayed around the room of their wedding and we spotted one on the stairs that we just had to try and recreate!

Congratulations Mr and Mrs Somers and we hope to see you again for the big 60!

For more information on weddings or other celebrations at the Lee Wood Hotel call 01298 23002 or email Rebecca on sales@leewoodhotel.co.uk